Good morning, blog lurkers!(are we really calling them lurkers now Trish? Maybe we should come up with some sort of designation like Van and Bonnie do for their 4:59ers.-pwd)
It’s Trisha kicking it off early today…

WHO’S DAVE LAMBERTI?
Since Pat was anchoring the noon news when this happened live yesterday, I’ll let him talk about the Bush blunder from yesterday’s appearance at the fairgrounds supporting Jeff Lamberti. A reliable source tells us Keith Olberman on MSNBC used the clip of the President blowing his name as his #1 Soundbyte of the day on Countdown. Did anyone see it?
I did…and it just makes you cringe. You know the President isn’t doing it on purpose, you know he really does want to get this guy elected, but he just slipped up. As JB said coming in the door yesterday…Bush was talking about Dave Vaught (State Auditor) and just got the names mixed in his head. I understand…But it was hard to watch…There are signs all over the room that say, “JEFF LAMBERTI FOR CONGRESS”. If you missed it…Some lady yelled at him from the front row, “It’s JEFF!”. That lady has some chutzpah!
A side note, we received an email from a woman who asked why we covered the President so heavily during the Noon news. She was upset and asked if we were going to give Congressman Boswell the same kind of coverage. Equal time is on our mind a lot these days and it is particularly difficult when the President comes to town. No matter how you slice it, when Air Force One comes to town…It’s news. When President Clinton was in office I remember several times when we covered his arrival live and continued through his events. It happens. It’s hard to make the argument that Bush coming to town isn’t news…It’s even harder to ignore it when it comes while your newscast is on. The White House knows this and plans these events accordingly.

GET REGISTERED!
Tomorrow is the deadline to register to vote in the Nov. 7th election. To check if you’re already registered or not click here. And check here to see where your polling place is. No more excuses – go out and vote!

HALLOWEEN FOR GROWN-UPS
Here’s the scoop on the Court Avenue Halloween Pub Crawl -they’re expecting up to 5-thousand people! $5 cover gets you into 9 bars/restaurants.

In our live report this morning, we looked into the revival happening in the Court Ave. District.
Do you readers think the momentum is building there? Or do you long for the ‘good old days’ before the flood of ’93 wiped out so many businesses?

Have you voted yet for Keith and Andy’s costumes? Check out Murph’s blog to find out more… and cast your vote by 5pm tonight. 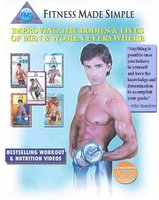 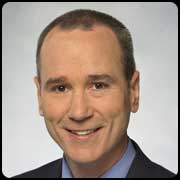 Could Murph pull off a John Basedow costume? That’s the option in the lead right now! Please people for the love of all things good and holy! Don’t make Murph go shirtless…

(I’d rather see him in the Fat Elvis costume, which is one of the options, but that shouldn’t surprise you! TS) 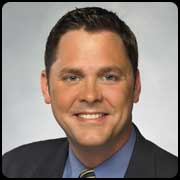 I think that’s too easy.
(ditto)

NOT-SO-ANGRY INTERN
While poking through the sports section of our website, I noticed on the sports page there’s a 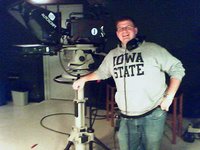 video feature on the so-called “Angry Intern”, Mike Zavacki!! A little-known fact about him… He’s no longer an intern – he’s a part of our AM show studio crew! Mike’s the kind of guy who brightens up the room, and makes you glad to be at work. He’s also smarter than most of us… ( as I write, he’s coaching Jeriann on a grammar mistake she keeps making!)
ANYWAY – if you want to see why we’re Mike’s biggest fans, click this link and look for the Angry Intern video! You won’t be sorry.

TYPO’S AND BLOOPERS
It always cracks me up when typos make it into our scripts. Most of the time we catch them before we read them. A good one today:”Valley Junction will learn if it’s been CHOSED as one of Iowa’s Great Places.” It reminds me of Calvin grammar. (As in, ‘Mommy, we goed to the li-berry at school’ or ‘Clara eated the banana’)
Cute. But not on the news.

I also have to fess up, I CANNOT for the life of me spit out the word “statistics.” If I ever see it coming, I usually change it and just say “numbers.” I’m sure if you listen closely you’ll hear me blow that again and again, as I did this morning.

As the new exclusive supplier of typos and mistakes on the morning show, there would be too many “usual mistakes” for me to name. I have a standing apology in with Trish. Sometimes she has to read the stuff I write. 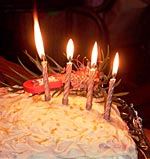 We Shepherds are ready for a big weekend! Cal’s 4th birthday, grandparents in town, and we’re planning to take the little ones to Family Halloween at Living History Farms. (It’s such a cute event – I totally recommend it for families with young kids!)
Calvin wants a GREEN birthday cake, so I’ll have to get busy. He’s also changed his mind about 100 times about what he wants to be for Halloween. Now he’s gone from Animal, to Superman, to Spiderman. I’m shopping for his birthday gifts today or tomorrow – looks like the Spidey suit might be the safest bet.
(happy Birthday Cal!)

I’m also planning to go to the big WHO HALLOWEEN PARTY hosted by one of our photojournalists! It should be a blast – check back Monday for costume pics! I still have a few finishing touches to pick up – but I hope to be barely-recognizable in my getup.
The Dix family will not be making it to the annual Halloween bash but I am anxious to see all of the pictures. We’ve got friends in town from Minneapolis.

Have a great weekend and enjoy the awesome weather Jeriann is promising!
Trish