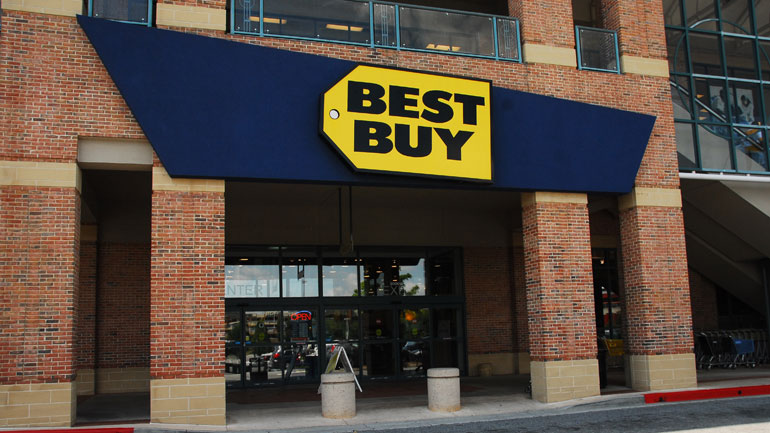 If you’ve been waiting for a low, low price on a new iPhone, your moment has arrived.

Best Buy is selling the 16GB iPhone 6s for $1 on Friday. The catch? Buyers have to sign up for a two-year contract with Verizon or Sprint.

As if that wasn’t enough of a bargain, Best Buy will throw in a $200 gift card if you’re also trading in a working iPhone 5.

64GB and 128GB iPhone models don’t appear to be included in the offer.

The iPhone 6s is expected to be a hot seller this holiday season. CEO Tim Cook has said that Apple will likely sell a record number of iPhones, besting the 74.5 million iPhones sold during the last three months of 2014.

The average price that Apple customers spent on iPhones was $670 last quarter, up an impressive $67 from a year ago.

The company sold 48 million iPhones last quarter, which was 22% more than it sold during the same period a year ago. But the money Apple made from those iPhone sales grew even more — 36% — over last year.