DES MOINES, Iowa — The Polk County Sheriff’s Office released information Thursday related to the autopsy of an inmate who died while in custody in Polk County Jail.

The plastic baggies with the unknown substance were sent to the Division of Criminalistics Laboratory in Ankeny for analysis.  Lab results found that each plastic baggy contained heroin.

“Preliminary drug screening on blood taken during the autopsy has indicated that there was heroin present in Mr. Walls’ system at the time of his death. The investigation thus far has not revealed any foul play in the death of Lamont Walls,” the sheriff’s office said.

The final cause and manner of death will not be released until full toxicology results are available, authorities said. This could take several weeks. 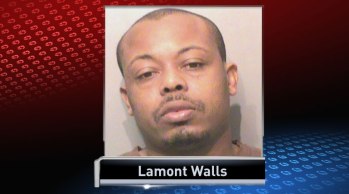 Polk County Jail staff found Lamont Walls, 38, of Des Moines, unresponsive in the jail on March 25. Staff and medical personnel began life-saving measures and Walls was transported to a Des Moines-area hospital where he was pronounced dead.

Walls was booked into the jail on March 23 on charges of probation violation, interference with official acts and preventing apprehension/obstructing prosecution.

According to the Des Moines Police Department, authorities initially attempted to arrest Walls related to an ongoing narcotics-related investigation. He refused to comply with the investigating officers and ran from them, police said. During the arrest, officers reported they saw Walls ingest what they believed to be a bag of narcotics.

Due to concern for Walls’ health, the officers say they requested the Des Moines Fire Department Fire Medics to respond to the scene. Walls was then transported to a local hospital. After medical evaluation, Walls was released by physicians and transported to Polk County Jail for booking, according to police.

Family and friends of the man say something isn’t right with the police reports, and a protest was held in front of the Polk County courthouse on Sunday night.

Walls’ family is demanding the jail to hand over video surveillance of Walls going into custody and the footage from inside his cell block. Other requests include access to medical reports.