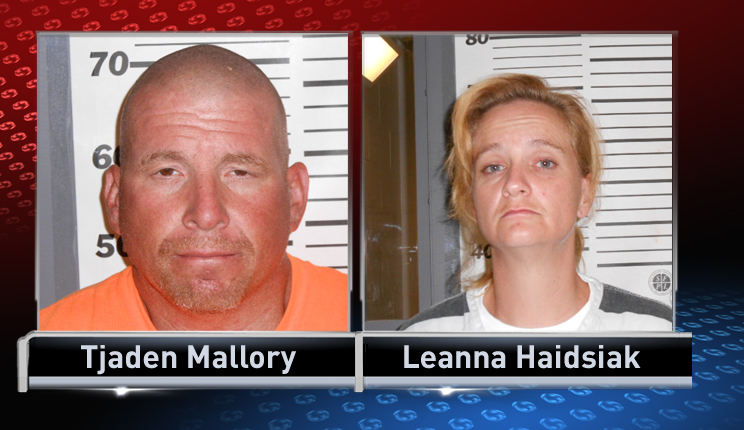 Tjaden Mallory, 42, and Leanna Haidsiak, 39, were arrested Monday and charged with possession of offensive weapons.

“If you’re transporting these things around in your vehicle, any number of things can happen,” said Boone County Sgt. Dallas Wingate.

The investigation took authorities to Mallory’s mother’s home outside of Madrid. Police secured a search warrant of the residence in the 2300 block of QW Lane on Monday and uncovered about a dozen homemade pipe bombs.

He and his family were evacuated before officials destroyed all of the explosives.

Authorities say there is no evidence right now that the couple planned to use them to hurt anyone.

“Probably not highly destructive, but obviously still very dangerous. I mean, it could case some significant damage to a person,” said Wingate.

“What were you planning to do with them? That was my question,” said Lisa Elswick.

Elswick heard the muffled pops of the exploding devices from her home about a mile away.

The FBI and the Bureau of Alcohol Tobacco and Firearms are assisting in the investigation. Federal charges are pending in the case. During their search, authorities say they found some weapons that had been modified.