Remember that shake-up at Iowa Workforce Development a couple of years ago?  The director at the time, Teresa Wahlert, handed down new mandates to the Administrative Law Judges, some of whom quit and others were fired.

One of the terminated judges, Susan Ackerman, appealed the decision. A hearing was held, but the arbitrator, John Sandy, an attorney in Spirit Lake, ruled in favor of the state, saying it had “just cause and proper cause do (sic) terminate” Ackerman.

But something happened after the hearing that has prompted Ackerman to file a complaint with the Iowa Public Employee Relations Board. She claims Sandy acted unethically, saying there’s a tape recording that proves it.

Sandy recorded the hearing. He also unknowingly left his device going, which recorded his car ride from Des Moines to his home. 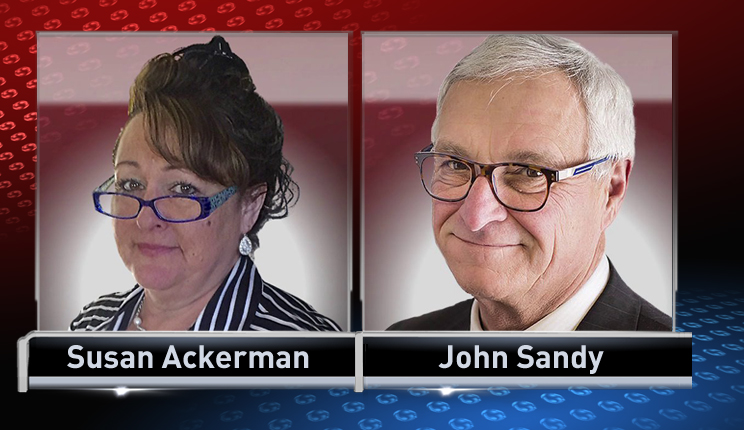 On the recording, Sandy is heard discussing the case with a friend on the phone.

The recording raises questions about Sandy’s impartiality. During the phone conversation, Sandy recounts reading about the case in The Des Moines Register, which contradicts his statement to the parties in the arbitration hearing: “I don’t know anything about this case.”

Mike Cormack is the Chairman of the Iowa Public Employee Relations Board, the organization that oversees arbitration hearings between the state and its employees. He says arbitrators are expected to come into the hearing with an open mind.

“What people would expect of a fair judge or any public official, that’s what we would seek to have,” Cormack said.

Discussing the case with others prior to ruling on it also raises ethical questions, as does this comment from Sandy on the recording:

“It went perfectly well for me. I get paid … in fact, I got paid to drive three and a half hours this morning that I didn’t drive.”

Cormack says the board also expects its arbitrators to act in a professional manner, and Ackerman feels Sandy was not only unprofessional but unfair.

In her six-page complaint to PERB, Ackerman claims: “The decision strongly suggests Mr. Sandy wrote it based on an opinion and without reviewing the evidence that was provided … I want the right to be heard and I want Mr. Sandy held accountable for his substandard decision.”

Ackerman will get that chance at a public hearing May 24 when a hearing will be held to determine if Sandy acted unethically and be allowed to remain an arbitrator for PERB. A petition has also been filed in Polk County District Court to vacate Sandy’s decision.

DES MOINES, Iowa - Simone Biles is the most decorated gymnast in the world, but it's her unprecedented decision to step off the Olympic stage that's creating conversations worldwide. Tuesday night, Biles announced she would not be competing in the individual all-around competition after pulling out of the team final in order to focus on her mental health. That announcement is now shining a spotlight on the immense pressure these elite athletes face.

Dr. Carmen Tebbe Priebe is a licensed psychologist and has been working with elite athletes for more than 15 years. She also works part-time at the University of Iowa. She says performing on a platform as big as the Olympic stage can be a double-edged sword for athletes because it is exciting, but the fans can lose sight that these athletes are people too.

DES MOINES, Iowa (AP) — With coronavirus cases rising throughout Iowa and around the nation, health experts are becoming increasingly worried about next month’s Iowa State Fair, which will bring more than 1 million people to Des Moines from around the state, including many from counties with low vaccination rates and increasing prevalence of the disease.

Iowa’s biggest annual event comes at a time when giant summer events will draw crowds throughout the nation, including in states that are experiencing more virus infections due to low vaccination rates and growth of the delta variant. They range from the Sturgis Motorcycle Rally in South Dakota to the Minnesota State Fair, which typically draws more than 2 million people.

IOWA CITY, Iowa (AP) — For the second time in four years, an influential nationwide pork dealer has been sanctioned by federal regulators for illegal buying practices that cheated hog sellers out of hundreds of thousands of dollars.

Lynch Livestock, based in Waucoma, Iowa, has been ordered to stop recording false weights for hogs delivered to its buying stations, to stop altering classifications of hogs delivered, and to stop creating false scale tickets. Those practices violate federal law and result in underpayments to producers.