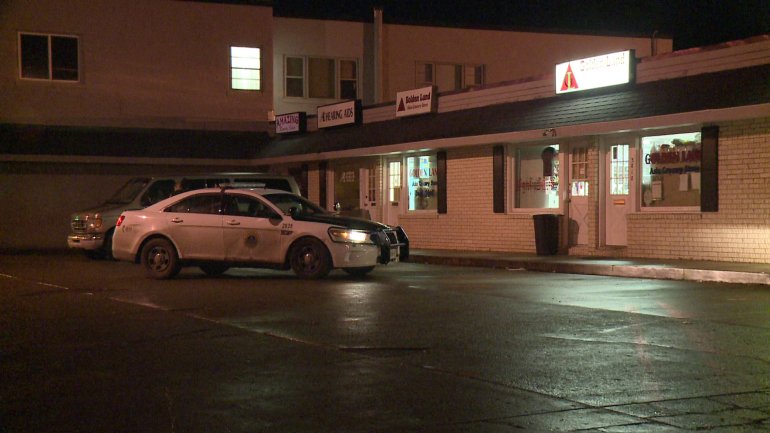 Min Tun, the owner of Golden Land Asian Grocery Store says the robbery happened just after 8 p.m. Saturday. The store is located on the 3814 Douglas Avenue, and is popular within Des Moines’ Burmese community.

Tun told police he and another employee were mopping the store when two masked men walked in, showed a gun, and demanded money.

While the owner was lying on the floor, he says he told one of the robbers how to open the register.

The robbers made off with an unknown amount of cash. With a gun involved, Tun says money was the last thing on his mind.

“The only thing I was concerned about was me and my brother. I told the robbers if they did something to us, we couldn’t do anything for them. When he asked how to open the cash register, I just told him how to do it. The life is important than the money,” Tun told Channel 13 News.

Surveillance footage was turned over to police.

Tun says the robbers made off with his employee’s wallet. Police were able to recover it near the Drake neighborhood.

MINNEAPOLIS, Minnesota -- An independent autopsy into the death of George Floyd found that the unarmed black man died from "asphyxiation from sustained pressure," according to attorney Ben Crump. Floyd was essentially "dead on the scene" in Minneapolis on May 25, Crump said. "The ambulance was his hearse," the family's attorney told reporters Monday. The independent autopsy's findings come after the Hennepin County Medical Examiner found "no physical findings" to "support…