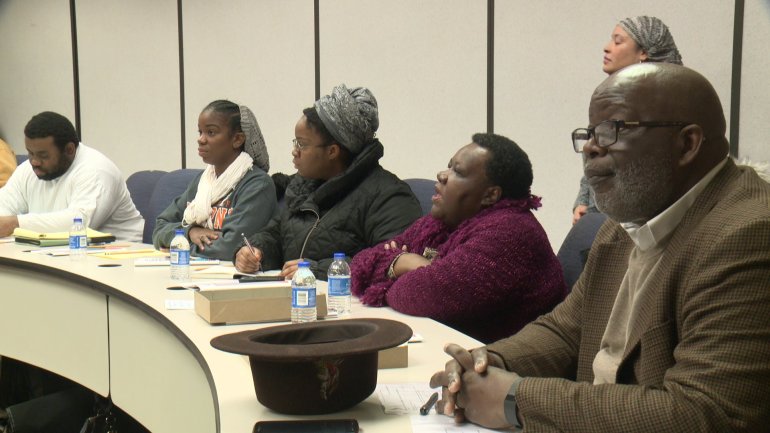 On Saturday, leaders met to discuss these issues of disparity, and how to come up with solutions.

“The reason that we’re concerned is because Iowa is known for the education in the state, it’s known because it’s one of the states that has the lowest unemployment rates and things of that nature, so why is there such disparity in these issues?” said Gary Lawson, president of the Connect Foundation.

Recent data shows African-Americans have a median income of just under $29,000 dollars in Iowa.

Compare that to a state like Illinois, where the median income for African-Americans is around $35,000.

“It’s like any other truth. Some people like the truth, some people don’t want to discuss the truth, but when you’re really working with issues like this in the community you worry about the people on the receiving end, the people who are hurting from this.  So we’re not worrying about what people think or feel, we’re worried about what people are doing” said Lawson.

Leaders believe that if they can solve the issues of jobs, health, and education, it will lead to solving other issues as well.

“I know we hear a whole lot of things about criminal justice, and I do believe that’s an issue, but I believe that if we had health issues taken care of, we had better education, and we also had the jobs it wouldn’t lead to the criminal justice issue” said Bradley.

Those attending the meeting voiced their concerns.

“A lot of the African-American Community here throughout Iowa does not have any true equity in the actual community; affordable housing, business ownership, as well as ownership in a stream of income and an opportunity that can produce for you and your family” said Attorney Matthew Gilbert.

Those attending the meeting say, however, that in order to change anything actions will have to speak louder than words.

“We have the power to make the difference; it’s just up to us if we do it” said Bradley.